6 Improvements to Increase Home Value, is it time to Remodel?

6 Improvements to Increase Home Value, is it time to Remodel?

You can use home improvements to increase home value and make your house feel like a home. However, not all home improvements are created equal. Learn which remodeling projects will work for you when it comes time to sell. 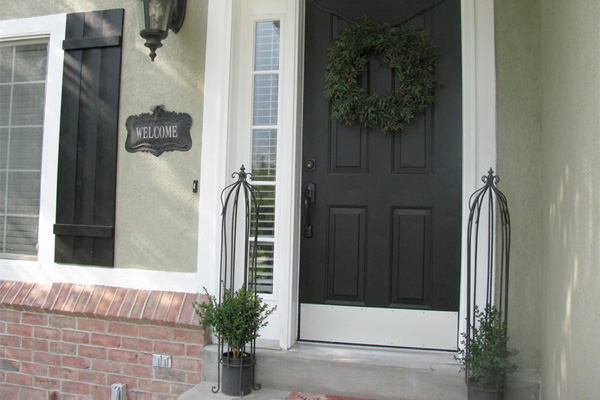 A new steel front door tops the list of home improvement projects with the best ROI, boasting a long-term return of 98%.

Although kitchens and bathrooms always steal the spotlight in a home remodel, they aren’t necessarily the ones that have the highest return on investment when you sell your home.

Since 2002, trade magazine for contractors and builders “Remodeling” has been tracking how much it costs to do common home improvement projects — and then calculating how much of that cost is recovered when the home sells.

Each year, we highlight the projects with the highest return on investment (ROI) from the magazine’s “Cost vs. Value Report.”

Related: The Best Home Improvements for 2015

But this year, we decided to focus not just on the new data, but how projects have performed since 2002.

Well, you may want to reconsider turning that spare room into a full-fledged office. A home office remodel had the worst overall ROI of 52.6%. The project’s been declining since it was added to the study in 2005 with an ROI of 72.8%.

When weather and the demand for generators calmed last year, ROI dropped to 59.9%. Overall, backup power generators come in second-to-last in our check on the history of the “Cost vs. Value Report.”

But the real gems are those projects that don’t have such highs and lows — the ones with consistent ROI.

We’re not saying these steady and reliable projects are the ‘right’ ones for you. If a home office will improve your quality of life and help you enjoy your home more, then it makes sense. We just think knowing what’s going to happen with your remodeling dollars makes sense, too.

So, which ones are the long-term winners? The projects that share these four characteristics:

Read on for the details.

Year in and year out, no single project has provided such a healthy return on your home improvement dollar as a new front door. A replacement steel door averaged a 98% return on investment — by far the highest return in our historical look at the “Cost vs. Value Report.”

It’s also the lowest-cost project in the annual report at $1,230. It’s an energy upgrade that has great curb appeal and needs virtually no maintenance.

“It gives you the best bang for your buck in terms of transforming the look and feel of your home,” says Brandon Erdmann, president of the remodeling firm HomeSealed Exteriors in Milwaukee. “Plus, old exterior doors can be a huge source of energy loss. So you’re improving the look of your house, improving energy efficiency, and you’re able to do it without breaking the bank.”

Related: What Your Front Entry Says About You

No other feature has as much impact on curb appeal as siding. Clean, well-cared-for siding signals home improvement mastery. Old, worn siding can contribute to a loss of up to 10% of your home’s value.

That’s one reason new siding has such a high ROI. In fact, of the top 10 long-term averages from the “Cost vs. Value Report,” three of them are replacement siding projects.

The Top 10 Projects for Long-Term ROI

Vinyl siding is low-cost, durable, and easy to install, hitting all the right notes when it comes to getting a good return on your home improvement dollar. Best of all: It’s a low-maintenance feature that frees up your time. In a 2013 survey of homebuyer preferences from the American Institute of Architects (AIA), respondents voted low-maintenance products the most popular characteristic of home design — a preference that’s trending up from previous AIA surveys.

Today’s vinyl siding includes fade-resistant finishes and transferrable lifetime warranties that are much more confidence-inspiring than the 10-year guarantees of just two decades ago. Over time, midrange vinyl siding replacement projects have returned 81.5% on the initial investment.

Fiber-cement siding also shows a strong ROI, with the second-best return of any project in our long-term look at the “Cost vs. Value Report” — 83.9%. Although it’s more expensive than vinyl, it has one thing vinyl still lacks — the perception of quality.

That’s important to homeowners and homebuyers. In a survey from the National Association of Home Builders (NAHB), “quality” was the one of the most important traits that homebuyers focused on when shopping for a house.

Foam-backed vinyl is another winning project, with an average long-term return of just under 80% and a cost that’s slightly more than fiber-cement. But foam-backed vinyl has a trick other sidings don’t — it’s an energy-efficient upgrade, with an R-value of R-2 to R-3.

During a research project on residential energy efficiency conducted by the technical analysis firm Newport Ventures, homes clad with foam-backed vinyl siding showed an average energy savings of 5.5% over a two-year period.

That’s music to any homeowner’s ears. According to the AIA, energy-efficiency is the second most popular characteristic of home design — a feature that helps you save money for years to come.

e’re not talking about the dream kitchen remodels that are plastered on Pinterest and Houzz. Those types of remodels took a big hit on ROI during the recent recession. But a minor kitchen remodel weathered the economic bumps with an average return of 81.8% over the years, helped by a relatively modest financial commitment — the 2015 “Cost vs. Value Report” pegs the cost at $19,226 (that includes labor and new cabinet doors and drawer fronts, countertops, flooring, and appliances).

“People are always willing to update their kitchens,” says Dale Contant, secretary of the National Association of the Remodeling Industry (NARI) and owner of Atlanta Build and Design. “It’s the hub of the home.”

That’s underscored by stats from Harvard’s Joint Center for Housing Studies that show that over the last 10 years, homeowners have spent more on kitchen remodeling than any other home improvement category.

That indicates homeowners don’t seem to be as concerned about the ROI on a kitchen remodel as they are about how the kitchen works for them personally, and maybe a bit about injecting their own personalities into the hub of the home. A 2013 survey from NAR found that 53% of buyers undertook a remodeling project within three months of purchase, and of those, 47% dug right in and remodeled their kitchen.

Related: The Most Popular Style for Kitchens

Deck additions have been popular projects with a high ROI but, like a lot of investments, decks fell off during the recession.

“When the economy soured, deck-building soured,” says remodeling contractor Lino Carosella of Haverton, Pa. “Decks are a bit of a luxury, and homeowners tended to spend on necessities, such as upgrading their kitchens and baths. But now decks are coming back.”

Indeed they are, in they past two years vaulting over bathrooms and other improvements on our list of long-term winners with an average ROI of 80.6%. Although homeowners annually build about twice as many patios as decks, both outdoor projects benefit from our ever-increasing love of outdoor living, a trend that looks to continue for the foreseeable future.

One big reason is that decks and patios are a sweet way to expand living space at a low cost of $8 to $30 per square foot — a bargain compared to the $150 to $300-per-square-foot cost of a new home addition.

Related: More About The ROI of Deck Additions

Attic bedroom remodels join our list of smart investments with an overall ROI of 79.3%. Attic conversions were especially popular during the recession, when homeowners put off buying move-up houses and instead turned to increasing the living space they already owned. Makes sense with the rise of multi-generational households over the past few years.

Converting an attic to a bedroom increases living space without increasing your home’s footprint — the walls, floor, and ceiling already exist — which helps keep remodeling costs under control. 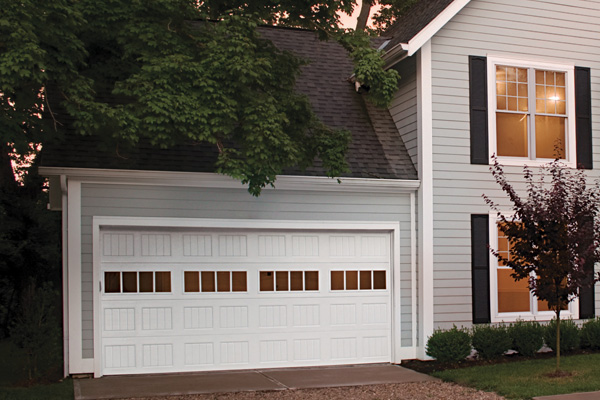 No surprise that a garage door replacement project made it onto our list of all-time winners — a new garage door provides a big boost for your home’s curb appeal. In fact, of our top 10 long-term champs, most are exterior projects that ramp up your home’s good looks and enhance marketability.

A project that replaces an older, two-car door with embossed steel door has a current cost of about $1,600. Over the years, midrange garage door replacement projects have returned a healthy 80.7% of a homeowner’s investment.

Related: Garage Doors: A Guide to the Options

A Note on Projects That Are Trending Downward

Why aren’t home office remodels as popular as they were 10 years ago? Probably because we’ve come to rely less on dedicated office space and more on mobile hardware that lets us conduct business from any room in the house. Cloud storage puts documents a click away — not in a file cabinet — and our smartphones keep us connected 24/7, not just when we’re in the office.

That sensibility frees up spare rooms for other uses, especially bedrooms, bathrooms, and storage.

Another project, sunroom additions, appears to have gone the way of sunken living rooms and parlors. They used to be fashionable, but today we know sunroom additions are difficult to heat and cool, and, at $300 to $400 per square foot, they’re expensive to construct.

You’ll get almost the same benefits — and more fresh air — with a much cheaper to build deck or patio.

It’s true: A rising tide lifts all boats. Over the past couple of years the stabilizing economy has helped produce better returns on most remodeling projects.

That’s good news for homeowners, who can be assured that their remodeling dollars are garnering better returns when it comes time to sell, and generating more enjoyment of their homes in the meantime.

Verify the value of your home,
maximize your investment and see local market activity.